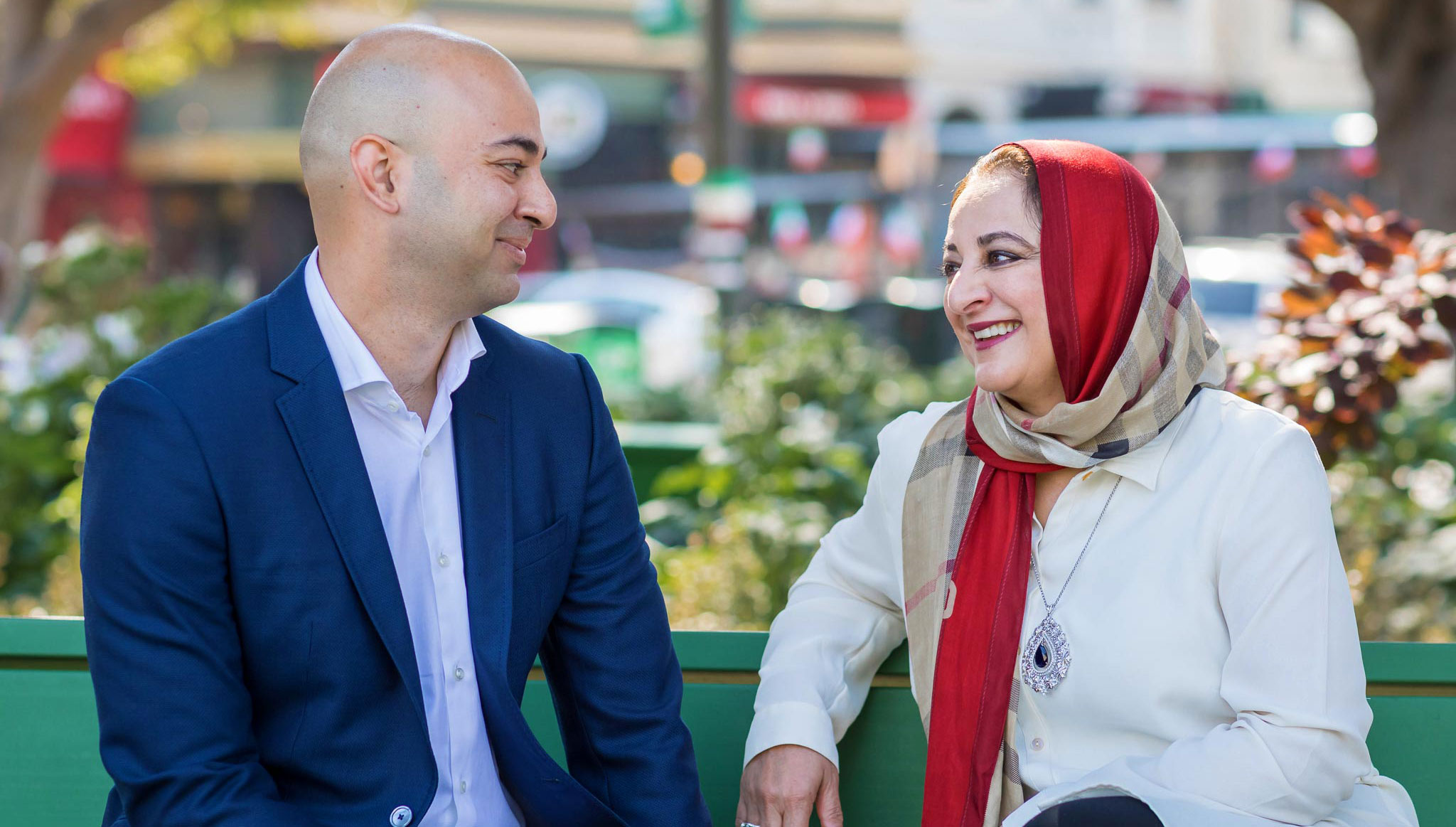 Bilal is an innovator with experience in both the public and private sectors who thinks big, never quits, and delivers real results. The child of immigrants, Bilal’s background as a neuroscientist, experience working in government and business, and innovative and collaborative approach to addressing economic inequality have improved people’s lives locally and globally. From serving as a Policy Analyst in the Obama administration; to creating companies that helped small businesses get micro loans and free technology to compete with Amazon; to helping restaurant workers in San Francisco offset lost wages during the COVID-19 pandemic, Bilal is a problem solver with a proven track record of creating meaningful change. 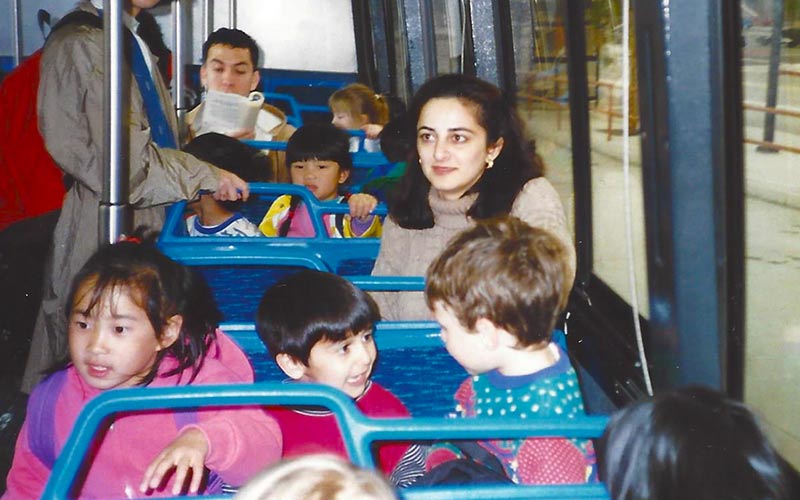 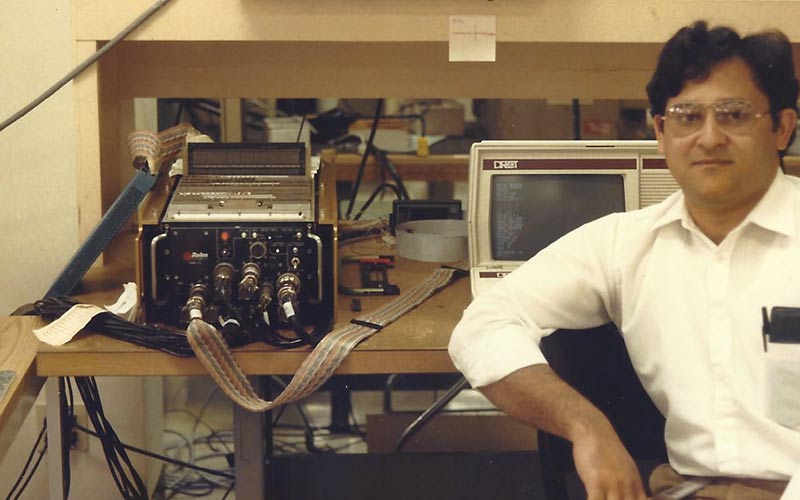 A story of immigration

Bilal’s parents, Aamer and Samira, immigrated to San Francisco Bay Area from Pakistan in the mid 1980’s. Their family, spanning three generations, started their new life living together in a single bedroom apartment. His mother used public transit every day to get her children to the best public schools, while later working as a librarian and community organizer to help refugees also settle into America. Over time, his father transitioned from being a student to becoming an inventor, and went on to build some of the first routers and data centers in the world. From very humble beginnings, Bilal’s parents were able to build a pathway into the middle class and achieve the American dream.

A story of injustice

That dream evaporated on September 11, 2001. In fear of the pervasive Islamophobia that gripped the country at the beginning of the 9/11 era, Bilal’s family made the difficult decision to move back to Pakistan. Although he lived in Pakistan for only a couple of years, Bilal’s experience in the country left a deep impression on him. He witnessed the injustice of accepting rampant poverty and extreme wealth living side-by-side with no path to ascend to a middle class. In addition to the stark income inequality, Bilal saw firsthand how pollution impacted marginalized and poor communities the most. 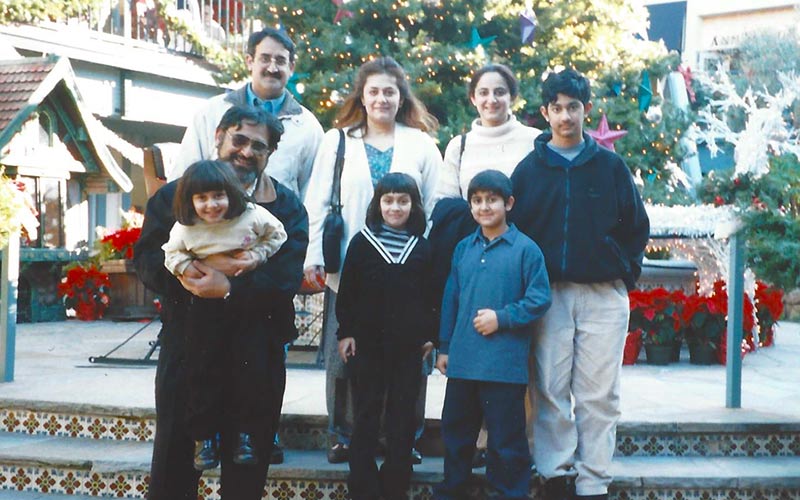 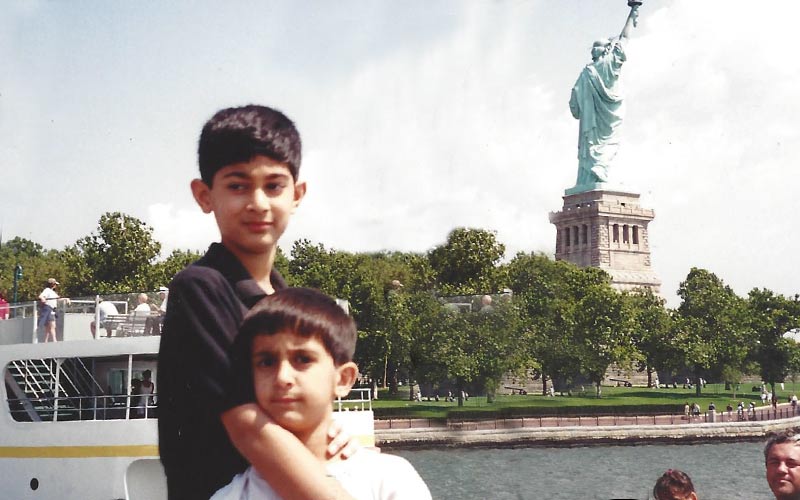 Bilal and his younger brother in New York City 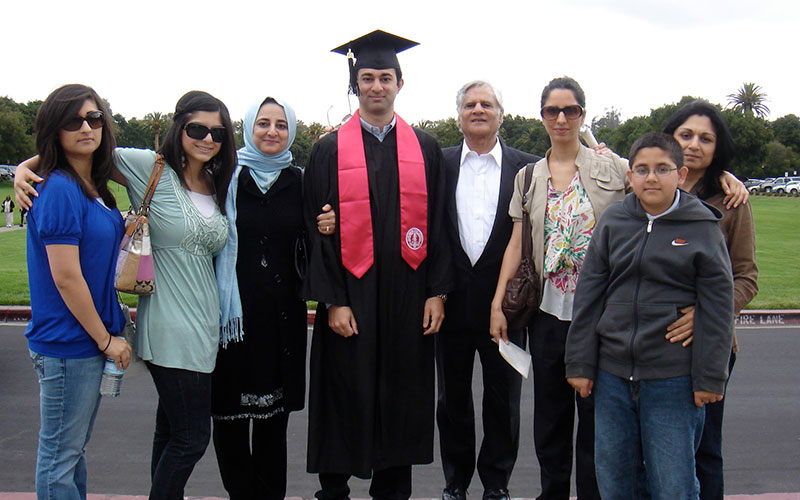 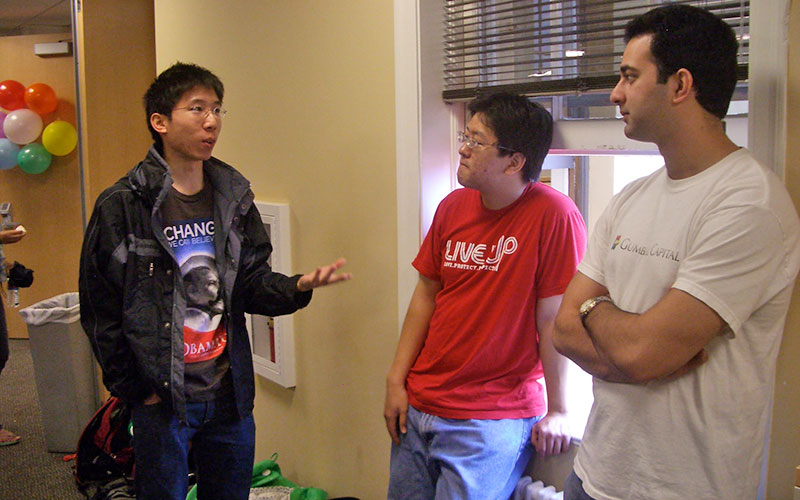 A story of nonprofit advocacy

Bilal and his family returned to America, where he attended Stanford University and studied Biology and Economics. At Stanford, Bilal pursued different paths with the aim of creating a just and equitable society. In pursuit of economic justice, he teamed up with his classmates to organize volunteers and start a microlending non-profit, Gumball Capital, targeted at giving small loans to people across the world in an effort to combat poverty. At the same time, Bilal worked as a scientist at Stanford Medical School researching stem cell therapies to heal scars and burn victims. In 2009, Bilal was one of 100 students from across the world selected as a Gates Scholar to study for a Masters in Bioscience Enterprise at the University of Cambridge in England, writing his graduate thesis on Obamacare and healthcare reform.

A story of effective government

After graduating from Cambridge, Bilal worked in the Obama Administration in the Office of Innovation and Entrepreneurship as a Policy Analyst. In this role, he focused on small business policy research which was incorporated into the Jumpstart Our Business Startups (JOBS) Act, one of President Obama’s key legislative achievements, and focused on bridging the nation’s digital divide by working on policies to expand the country’s 4G infrastructure. During his tenure in the Obama administration, Bilal realized that he needed more experience working in the private sector to help small businesses innovate and create good paying jobs to give people an equitable chance to build a life and thrive. 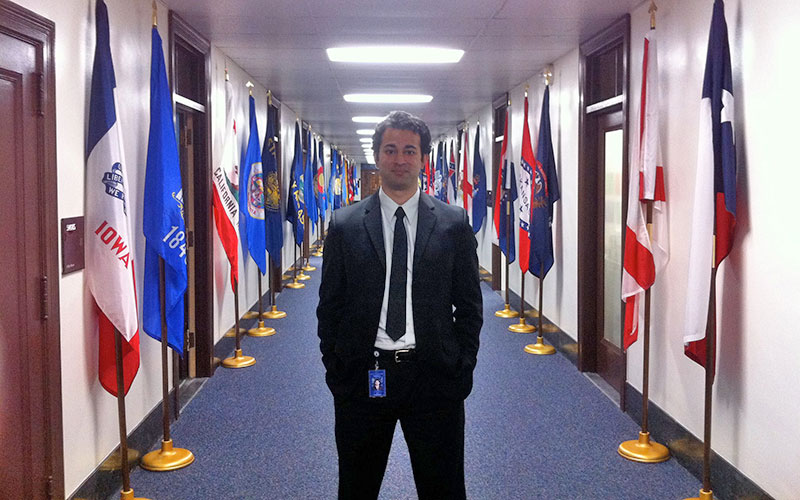 During Bilal’s time in the Obama Administration 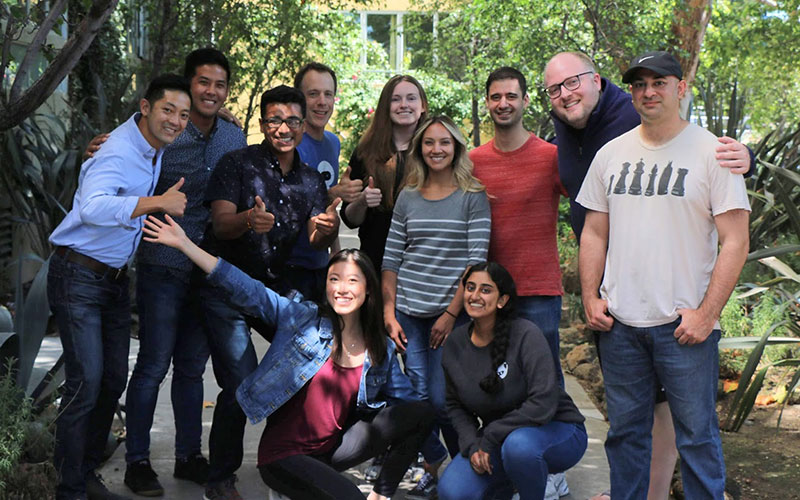 Bilal with the entire ClearBrain team

A story of innovation

Bilal returned home to the Bay Area and began working in computing, co-founding ClearBrain, a startup, in San Francisco. Bilal worked to build an organization with the purpose of democratizing technology for mission-minded organizations, like The Trevor Project, the mental health app Calm, Vote Forward, GoFundMe, Change.org and others, as wells as thousands of small and medium sized businesses so they could compete with tech giants like Amazon.

A story of local philanthropy

In 2020, Bilal co-founded the 13 Fund foundation to invest in local nonprofits in San Francisco and New York City. As the children of immigrants, he and his co-founder recognized that small businesses, especially restaurants, are often how new immigrants build a life and financial security in America. His foundation invested in new nonprofits that helped revitalize Chinatown businesses, as well as giving funds directly to workers facing job and wage loss during the COVID-19 pandemic. 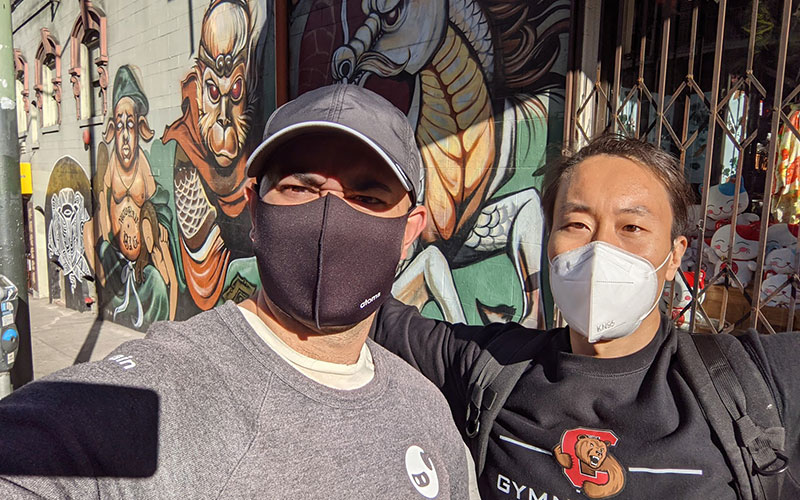 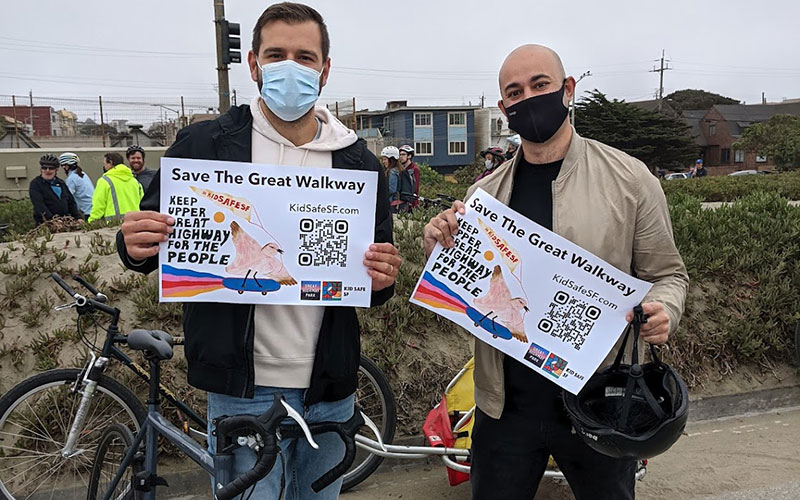 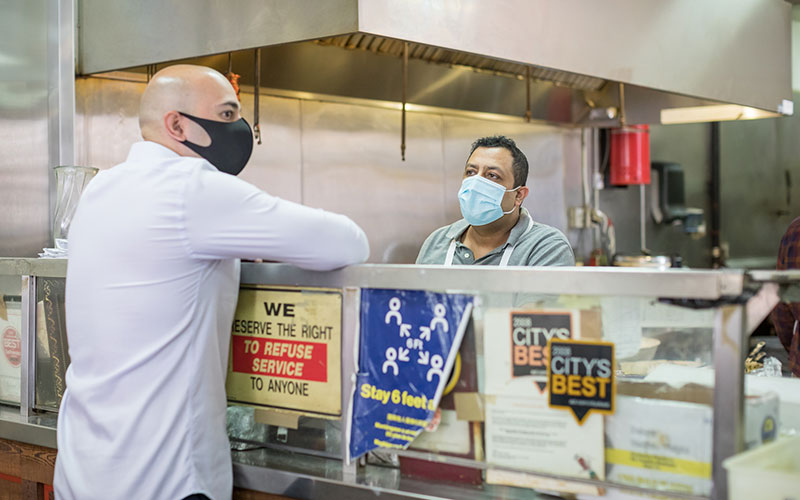 A future for innovative governance

Bilal believes that San Francisco’s best days are still ahead of us. He’s bringing his experience as a policy wonk, jobs creator and scientist to run for Assembly to champion real results in San Francisco and our state legislature.

Learn more about Bilal’s vision and what he will work to accomplish as an Assemblymember by visiting the campaign’s Platform page.

Thank you! Your submission has been received!
Oops! Something went wrong while submitting the form.